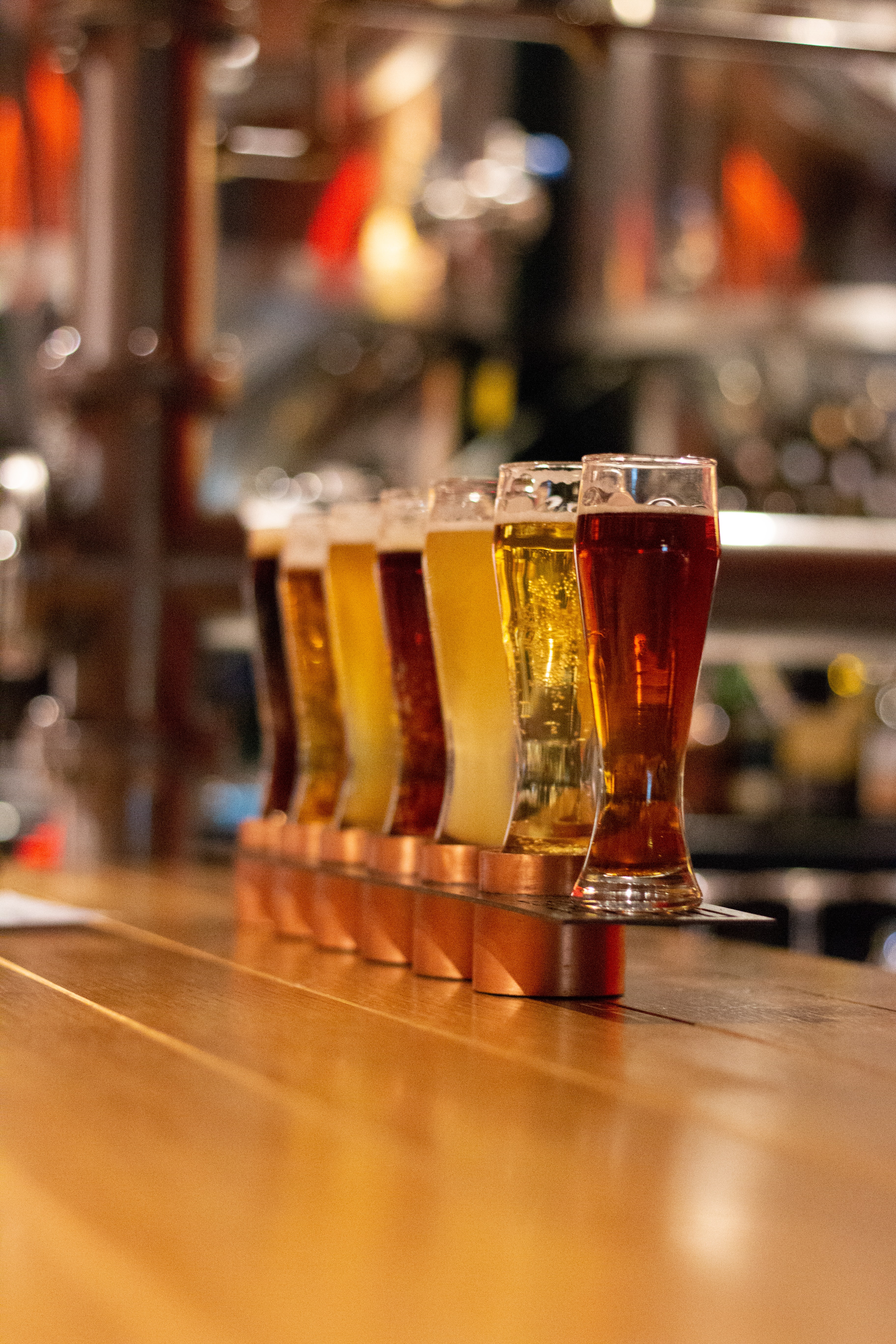 Are you one to try new brews around town?

Then you're in luck.

Here are some family friendly and pet friendly breweries for you to try. Make sure you check the brewery website before you visit, just to double check before planning your day. Have fun and be responsible!

Norse Brewing Company
The Norse Brewing Company tale began, like many Viking adventures, with a gathering of family, although they didn’t realize the tribe they were creating at the beginning of that evening. Neighbors Brad & Chris were relaxing in the backyard, toasting friendship and telling stories of their adventures. As the evening progressed, the discussion of what makes a great brewery became more passionate, and by the end of the evening, the dream of Norse Brewing was realized.
Soon the Norse family was complete with Chris’s wife, Jenni and her sister Jeannie, & Brad’s wife Lynn, each bringing their own unique skills & passion to the Norse commitment of Beer, Food, & Family. Together, they made the dream a reality – a brewery where Brad had space and resources to innovate and create his greatest beers yet, as well as a meeting place with great food where everyone who entered became a welcome member of the Norse family.
At Norse Brewing Company, it all begins and ends with Family! Located in Wake Forest, this is a great place for a bite to eat and a delicious brew-indoor and outdoor seating.


White Street Brewing Co
Today, White Street Brewing Co. stands as a prime example of Wake Forest’s history and spirit. We brew our beers with the same level of commitment. We sweat every detail. We don’t cut corners on methods or ingredients, and we never go home early.
So far, it’s worked. We’ve raised a family of delicious classic beers we call our Main Street Series, some future classics in our Side Street Series, and some neither-confirm-nor-deny stashes of secret goodness in our Back Alley.
For residents and visitors to Wake Forest, our taproom is wide open. As well, you’ll find our hearty collection of 12-ounce treasures in a zillion different area shops and taps. For craft beer that’s actually well-crafted, look for the White Street sign.

Compass Rose Brewery
Our taproom offers over 5,500 square feet of space, with a high ceiling and industrial décor reminiscent of a German beer hall. A mix of long tables and small high tops provides the opportunity to make new friends or catch up with old ones. We currently offer over 10 of our own styles at any given
time (with more variety on the way), along with cider and a respectable wine list. We have a competition-level dart area with two boards, cornhole, and other games, as well as a large projector screen for “the big game” or private presentations. The open concept makes the taproom a great place to host events such as business meetings, parties, anniversaries and wedding receptions. Regular events include Sunday Yoga, Thursday Trivia, occasional live music, and a rotation of food trucks parked out back from Wednesday through Sunday (see Calendar for schedule).
We love our local families–kids included!  It is a goal of ours to allow families to enjoy their neighborhood brewery together as a family, and to educate and promote responsible alcohol consumption.  However, we ask that all children who visit the brewery be actively supervised and well-behaved while sharing the taproom with other guests.  In an effort to offer compromise for those with kids and those without, our taproom is limited to ages 21+ after 8pm on Fridays and Saturdays. * Celebrating 6 years this year!!!


Raleigh Brewing Company
Raleigh Brewing’s mission is to embrace the City of Oaks (Raleigh) with every beer brewed. From the murals of the capital city on the taproom walls, to the names of our beers and our involvement with local community organizations and nonprofits, we thrive for this city.  Raleigh Brewing is currently operating on a 20bbl and 3bbl brew house, with a taproom pouring 32 taps 7 days a week.  RBC is in over 200 accounts in the Triangle area of NC and Wilmington. Very popular, family friendly and dog friendly brewery

Nickel Point Brewing
Nickelpoint Brewing Company was originally founded by two home-brewing brothers with a dedication to craft and quality and a reverence for historical styles.  Today, that same focus on quality craft beer remains but with a bent towards brewing inventive beers with
new / now / next flavor profiles.

North Carolina is a hot bed for craft breweries in the Southeast, and our brewery and taproom are the originals located in the Five Points neighborhood in downtown Raleigh - what is now becoming known as the Brewery District.  Our taproom is a cozy and climate-controlled space with a staff that will make you feel like you're at Cheers.  In addition to the taproom, guests can play foosball, ping pong and cornhole in our biergarten space all while watching sports on a huge projector screen.  Outside, our planted and shaded patio is a great spot to chat and imbibe our great beers or even one of our lovely wines on offer.


Full Steam Brewery
Fullsteam’s mission is to craft distinctly Southern beer that celebrates the farm and food traditions of the American South. We express our love for community and the land through the Southern Beer Economy. Through the act of commerce, our purchases (and yours) foster community and agricultural pride, create wealth, and encourage entrepreneurship within the post-tobacco South.
And though our mission is lofty, we aim to keep it all fun. At the end of the day it's beer: the beverage of celebration, backyard gatherings, good food, and good people.
Located in Durham, Pet Friendly + will also be in the New RTP Boxyard (coming soon!)

Ponysaurus Brewing
Ponysaurus Brewing Co. is a forward-thinking, backward-tasting brewery, creating beers that are meant to be savored, appreciated, contemplated, philosophized, studied, nuzzled, and mindfully guzzled.
Our brewery, taproom and beer garden is located in the Downtown East neighborhood of Durham and our beers are distributed throughout the state of North Carolina and South Carolina. Pet Friendly and a great food menu

PS Enjoy your brews! We would love to know which breweries you visited and which (one or all) was your favorite.